This shop has been compensated by Collective Bias, Inc. and its advertiser. All opinions are mine alone. #GetUnderTheRim #CollectiveBias 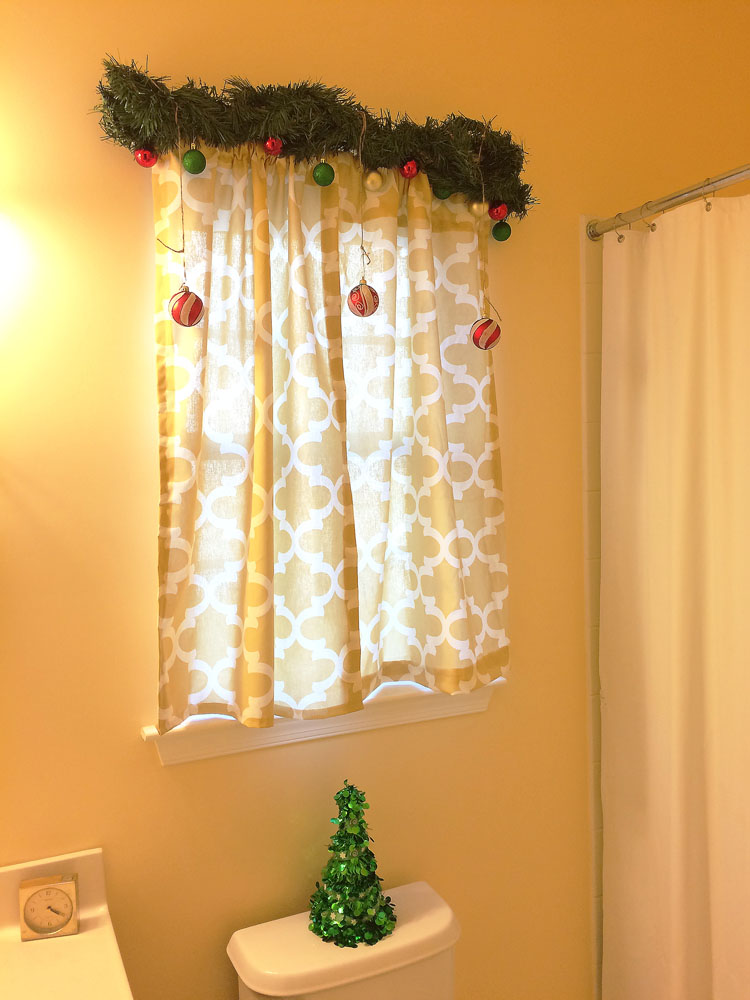 I love decorating my home for the holidays. In past years, I’ve only decorated my home’s living and family rooms for Christmas. This year, I decided to spread the holiday fun to more rooms in my house, and started by creating a decorated Christmas bathroom.

The downstairs bathroom is the bathroom that guests are most likely to use in my home. I like to make sure it’s always looking its best. I think my friends and family would appreciate a holiday-themed Christmas bathroom.

The bathroom on the main floor of my home already had a double curtain rod hung over the window. I decided to add Christmas flair to my Christmas bathroom by adding some Christmas greenery and ornaments to the top curtain rod.

My bathroom looked very plain before I started adding the holiday décor – as you can see in the below photo. 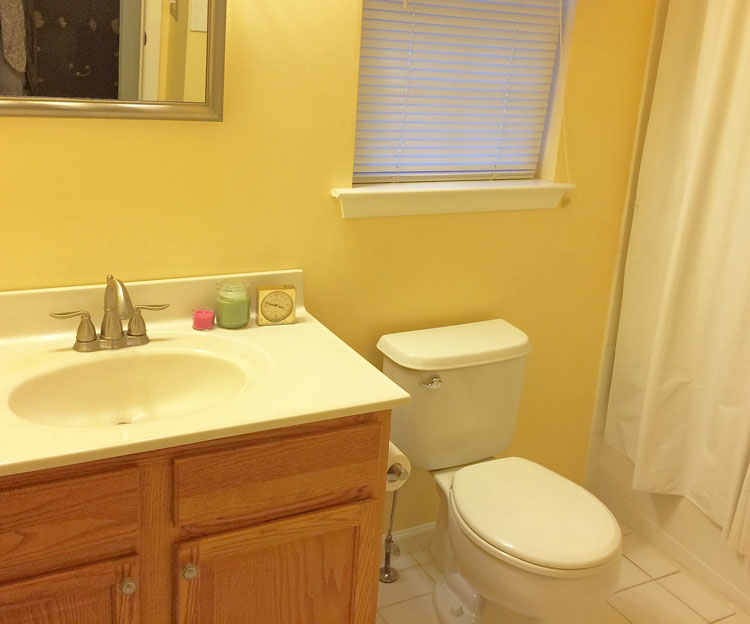 To decorate the top curtain rod, I purchased garland, Christmas ornaments and hooks. (I also bought some Christmas ribbon, which I didn’t use – I’ll have to use that ribbon elsewhere.) 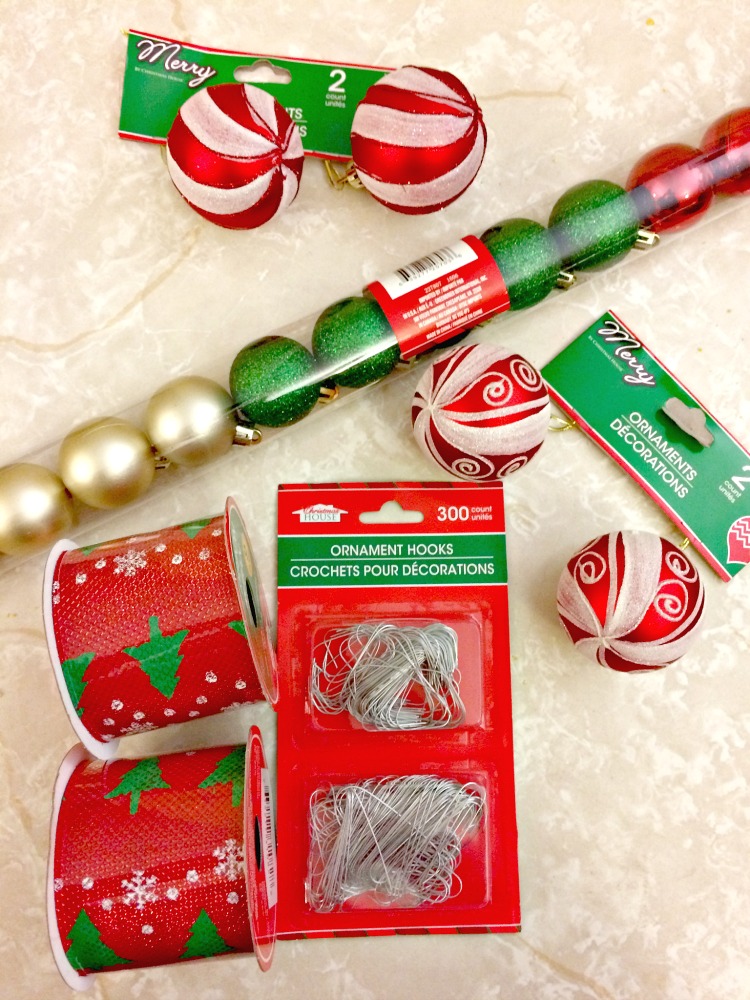 The garland is very flexible, so to hang the garland, all I had to do was wrap it around the curtain rod. 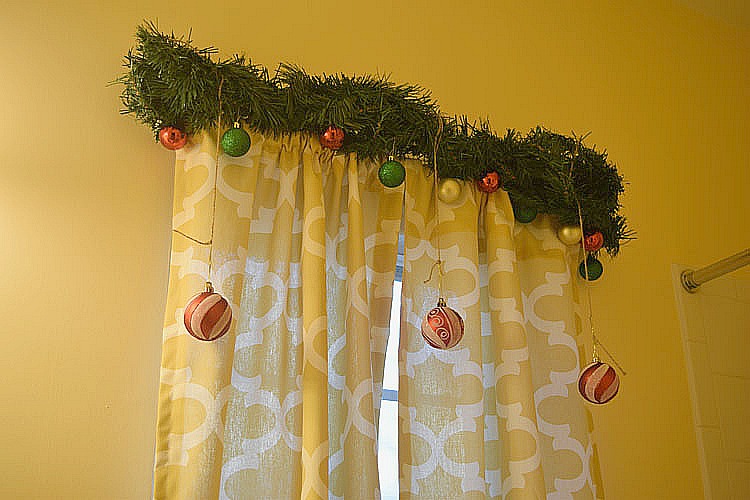 I easily added the ornaments to the greenery with some ornament hooks. I suspended three larger ornaments from the curtain rod with twine. 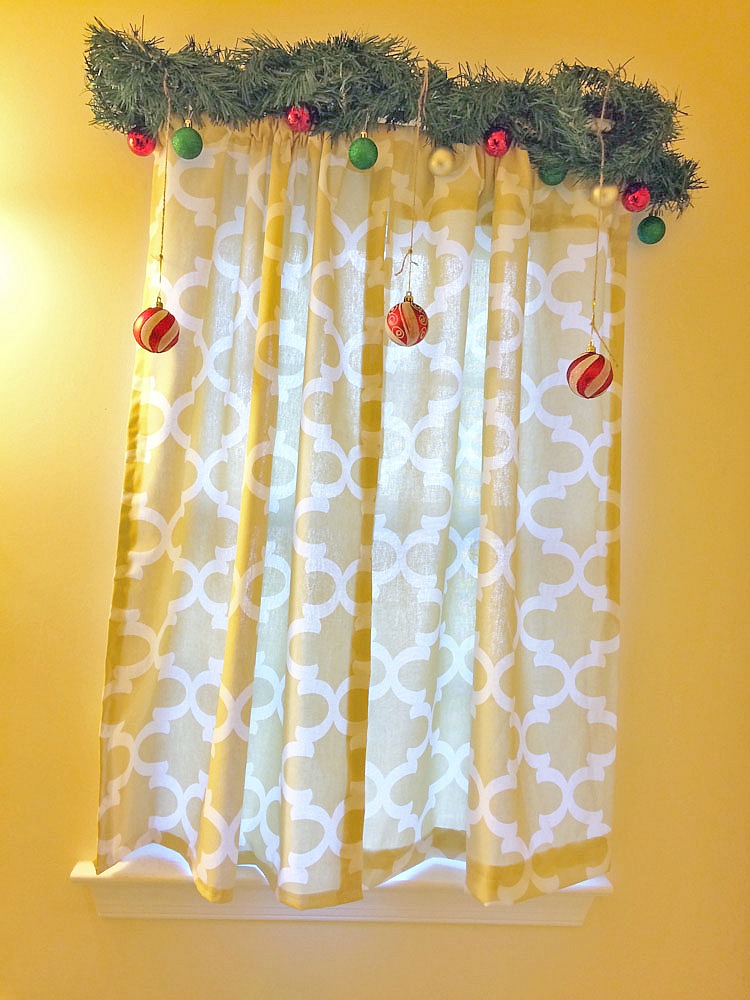 I wound up replacing the mini blinds that were hanging in the bathroom – a mishap happened while I was hanging my new Christmas décor, and the blinds broke! I used fabric that I had left over from another project and sewed really simple panel curtains for the window. 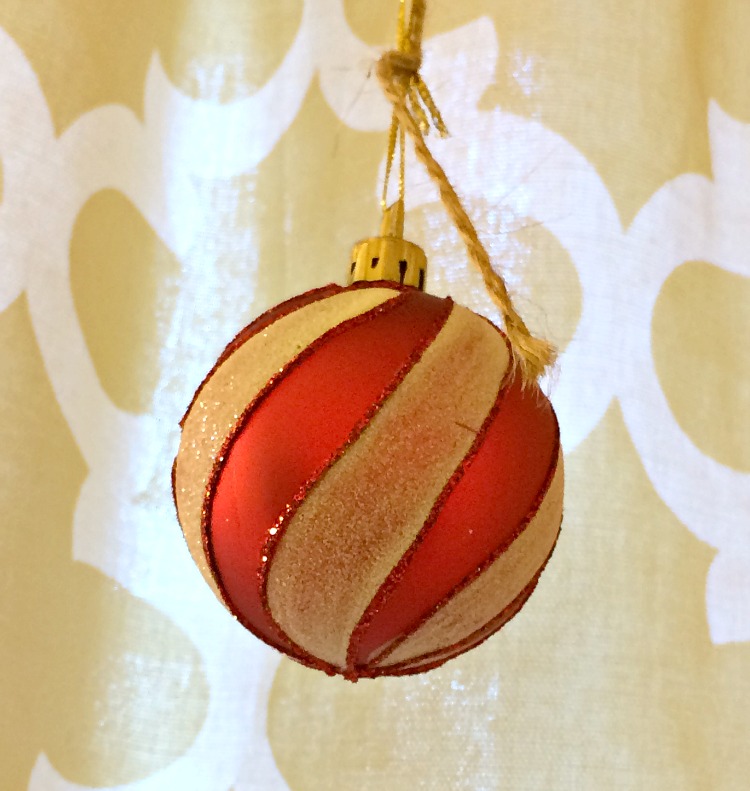 Being the person that I am, I sewed the curtains immediately after the blinds fell down — I was up until midnight sewing the two curtain panels.

I think the curtains look much better than the old mini blinds did! (I have lots of fabric left, so I think I’ll sew a matching shower curtain, too!)

After my window had some curtains for privacy and the Christmas were decorations up, I added a cute mini Christmas tree that I picked up for just $1.  I also added a $1 ribbon to the tree. 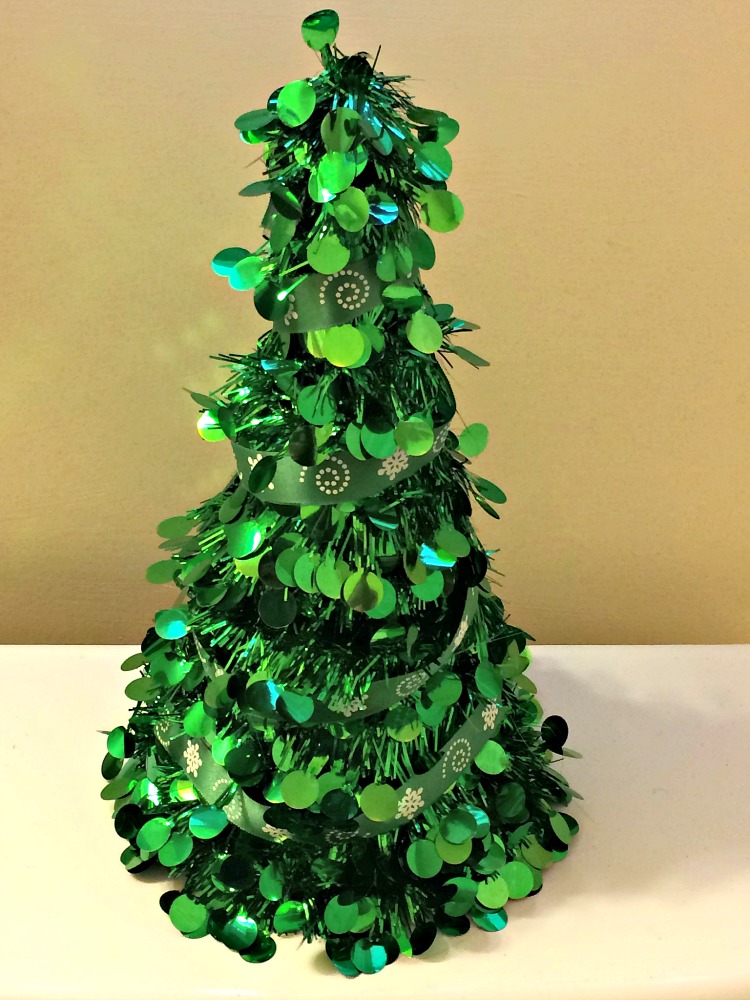 A Clean Bathroom for Guests

I like to keep my bathroom extra clean for guests. I used to use a traditional toilet brush. I’ve always hated keeping that thing by the toilet — I never thought the brush was all that clean. 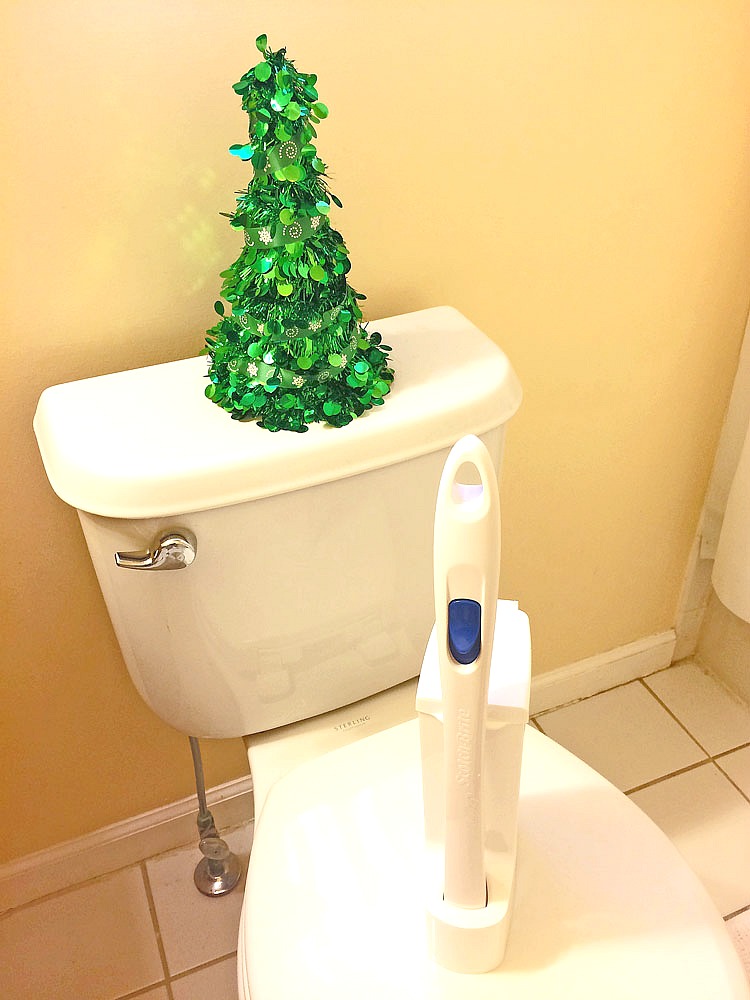 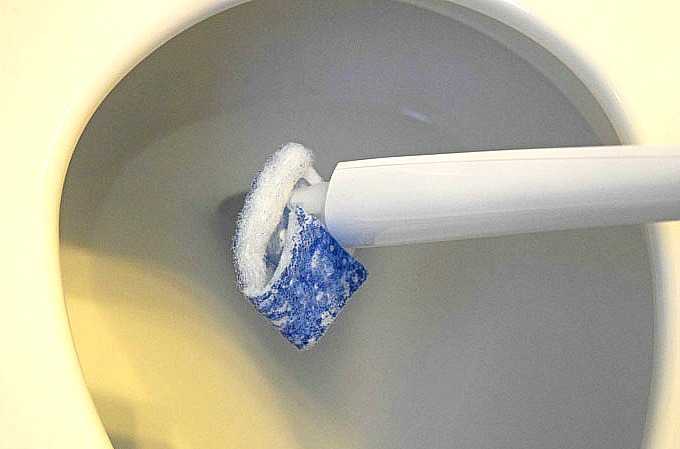 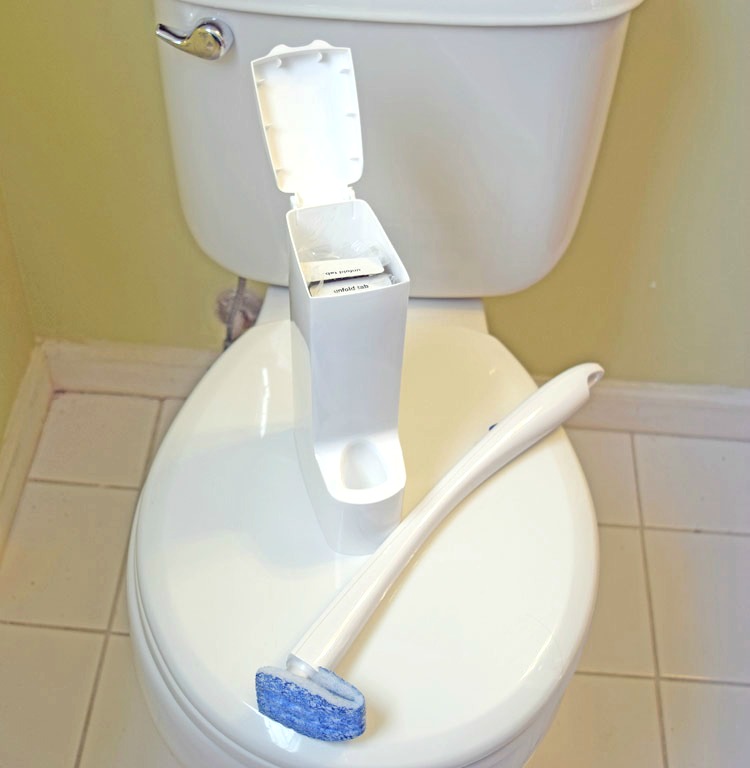 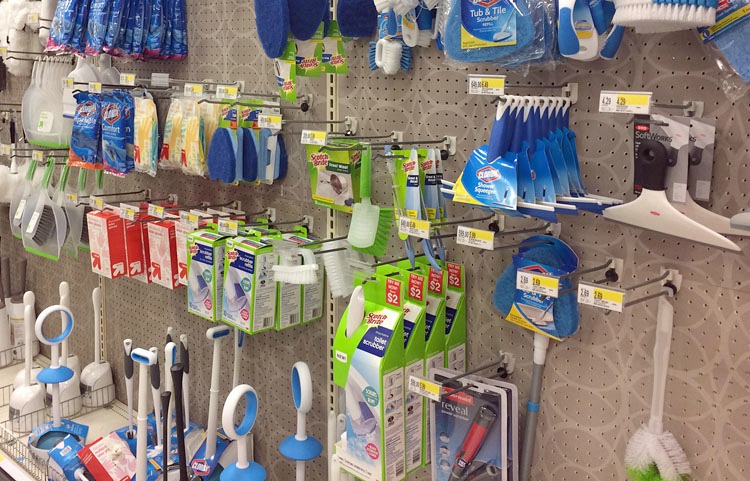 Visit this site to see what other bloggers have done with their Scotch-Brite Disposable Toilet Bowl Scrubbers.

Have you started decorating your home yet for the holidays, or do you have bathroom cleaning tips you would like to share? Please share in the comments!