My kids and I were having a normal Tuesday night yesterday when I decided to heat up a taco shell and have a second taco for dinner. I put the taco shell into my convection toaster oven, set the timer, and stepped away to my computer (just feet away) to reply to an email. Before I knew it, I smelled burning, and there was a fire raging in my toaster oven! That convection toaster oven has been burning things since the first day we owned it, but I never suspected that it could be such a fire hazard! 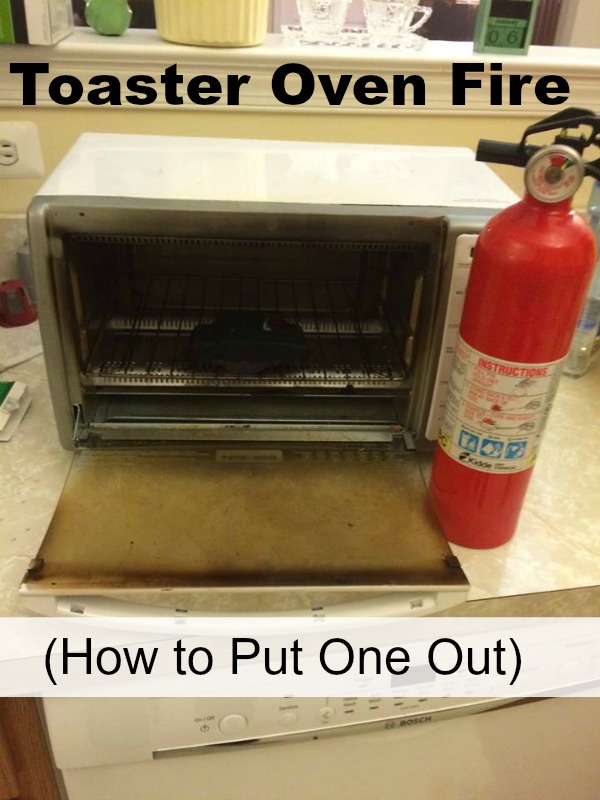 I should have known not to turn my back on that toaster oven! It’s been nothing but trouble, burning toast and cookies left and right. 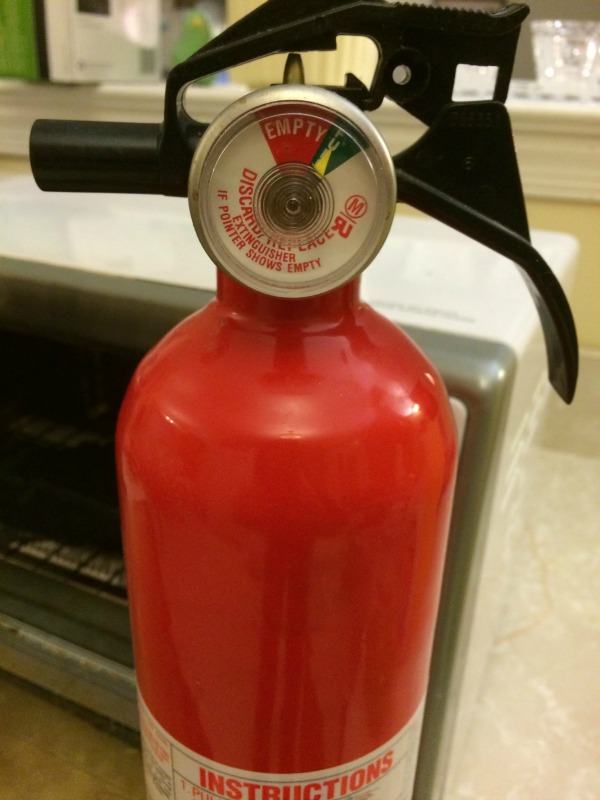 Luckily, I was able to easily put out the flames with just water, and no damage was done to our kitchen or to our home. But the house does smell like smoke — even though I had the windows open (in freezing winter weather) for several minutes! The funny thing is that a few minutes before the fire, I was cleaning out a junk drawer in the kitchen and had come across some old pamphlets about fire safety, and was going to throw them out. (Maybe someone was trying to tell me something!)

Now, I am at least going to give them a quick read before recycling them! 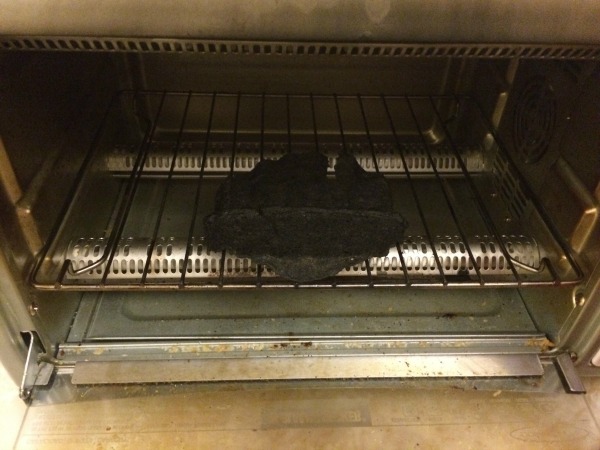 I had been meaning to replace the fire extinguishers in our home (we have one in the kitchen and one in our upstairs hallway), but it looks like I put off that to-do item too long!

Also on my to-do list is to have some baking soda on hand at all times in the kitchen. Baking soda can help put out kitchen fires!  For more on how to put out a toaster oven fire, check out this article on putting out toaster oven fires by WikiHow.

I am not sure if I will be purchasing a new toaster oven for my kitchen. I am a little scared off of them at the moment! I might be making our toast in a frying pan on the stove from now on! My husband loves toaster ovens, though. So we will see!

Do you have a toaster oven or a toaster in your kitchen? What would you recommend?