This shop has been compensated by Collective Bias, Inc. and its advertiser. All opinions are mine alone. #SoHoppinGood #BlueBunny #BombPop #CollectiveBias 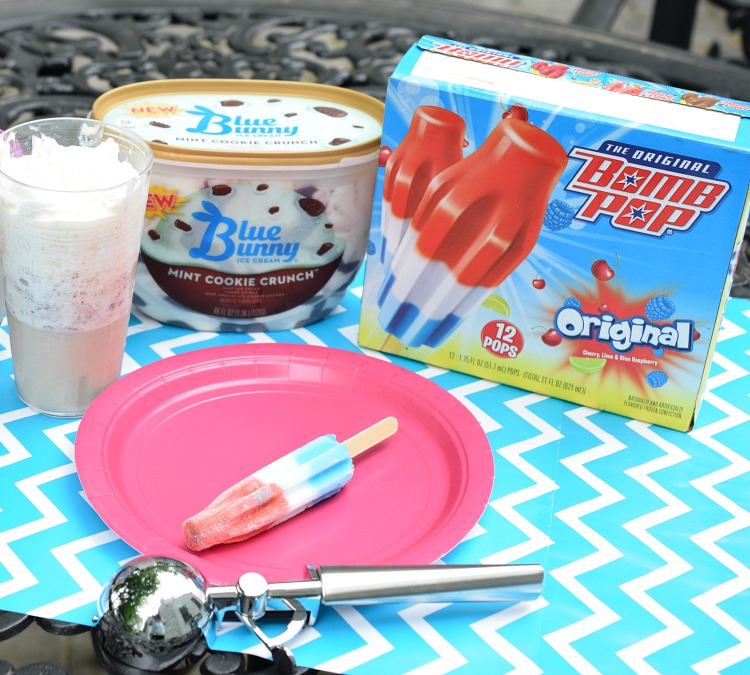 My family had a great weekend — my husband and I hosted a combination birthday/graduation party for our twin daughters. They had a blast! Their birthday falls around the Memorial Day holiday, but because of everyone’s busy schedules, we only just got to throw them a party on Saturday. A big part of the celebration was the ice cream soda float bar that I put together for them and their friends with Blue Bunny® ice cream and The Original Bomb Pop®. My daughters and their friends had a great time mixing up their own ice cream soda floats! 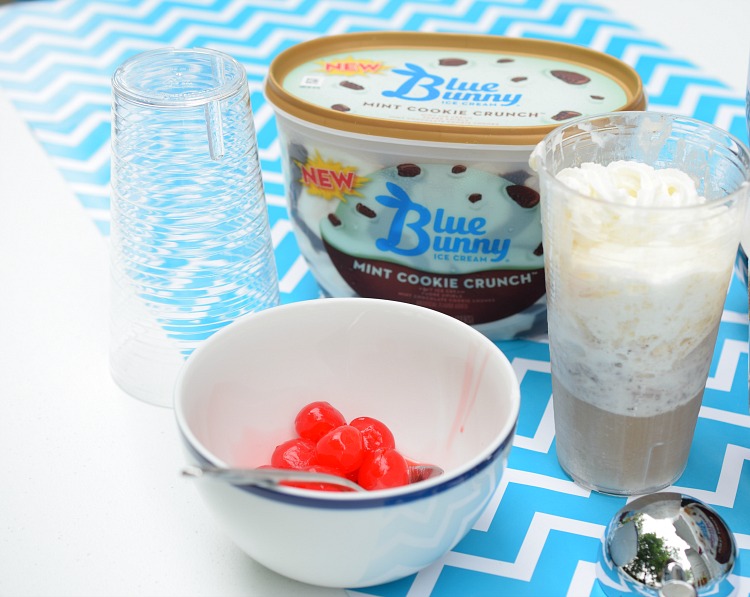 Now that my daughters are teens, they pretty much run their parties themselves. All I had to do for their party was order the pizza, get the ice cream and treats, and we were set to go! For the ice cream soda bar, I set out ice cream, some cola, and fixings like whipped cream, maraschino cherries and sprinkles. 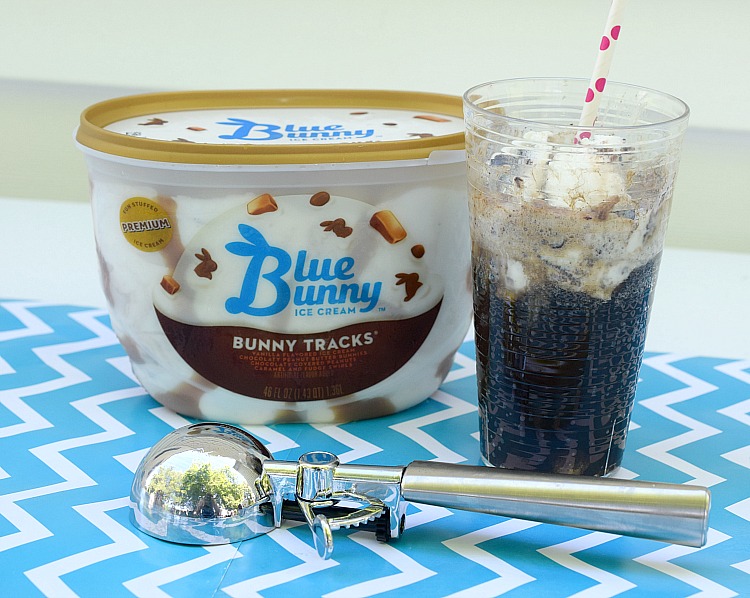 Blue Bunny® has been making fresh and delicious ice cream for more than 80 years and is sold in Walmarts nationwide. I found the Blue Bunny® ice cream in the freezer/ice cream section of my local Walmart. 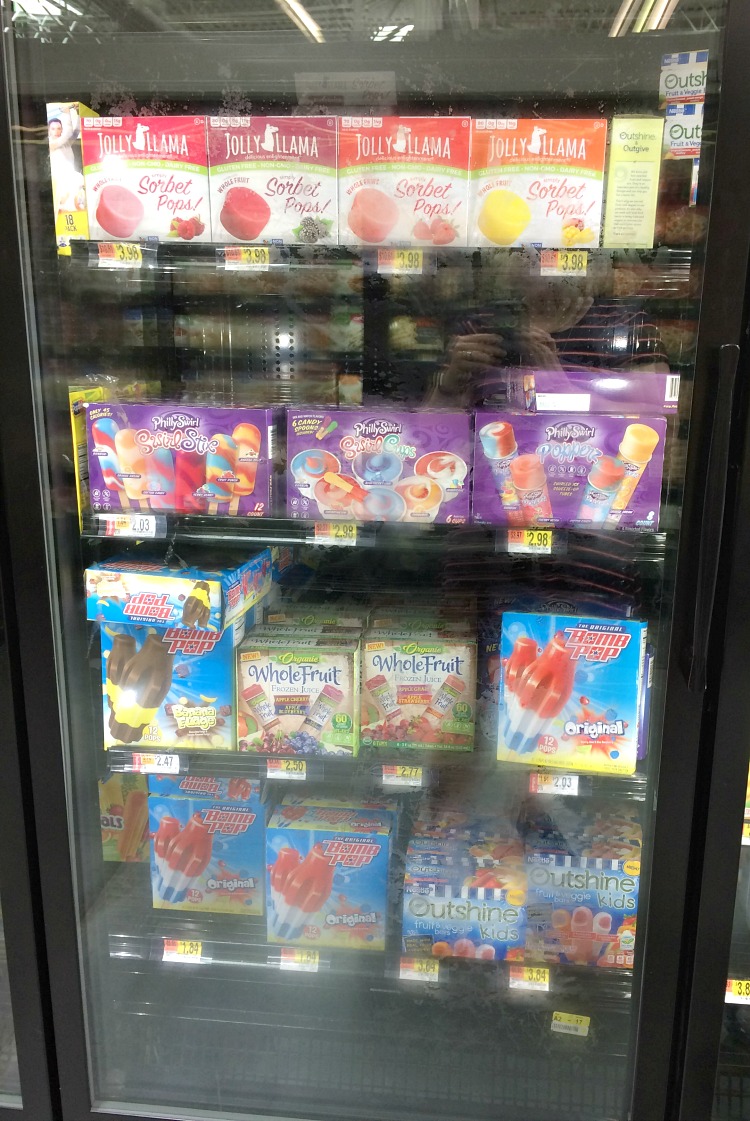 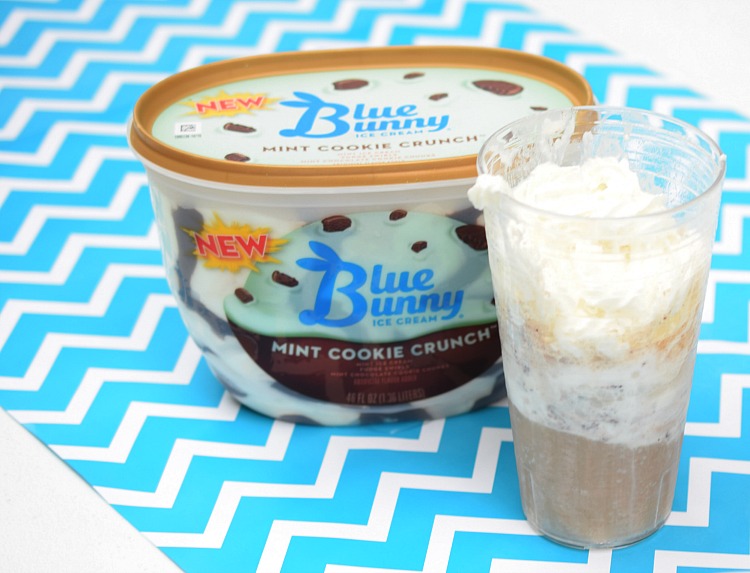 I put three different kinds of soda on our ice cream float soda bar — regular cola, cherry cola and root beer. Ice cream soda floats are more fun when you can choose your flavor of soda!

Since the party was a combination birthday/graduation party for my daughters, I made a birthday banner for them in blue and white, the school colors of the high school they’ll be going to in the fall. I simply cut the pennants out of some cardstock paper, and strung them together with some washi tape. 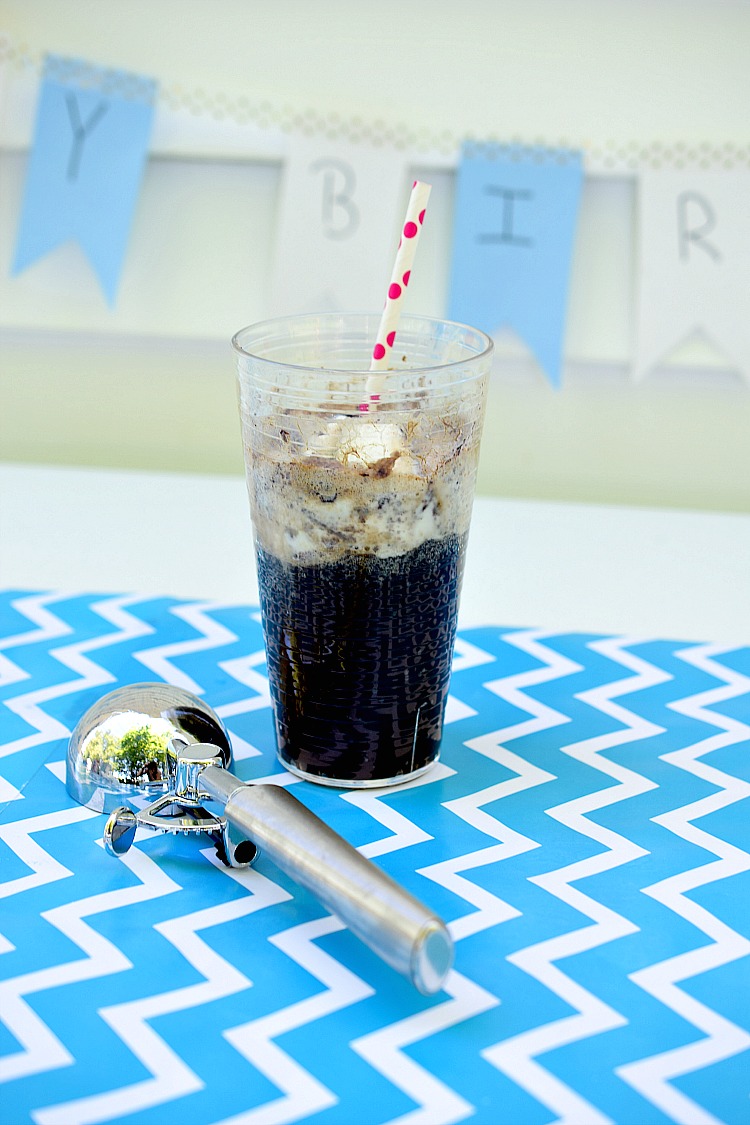 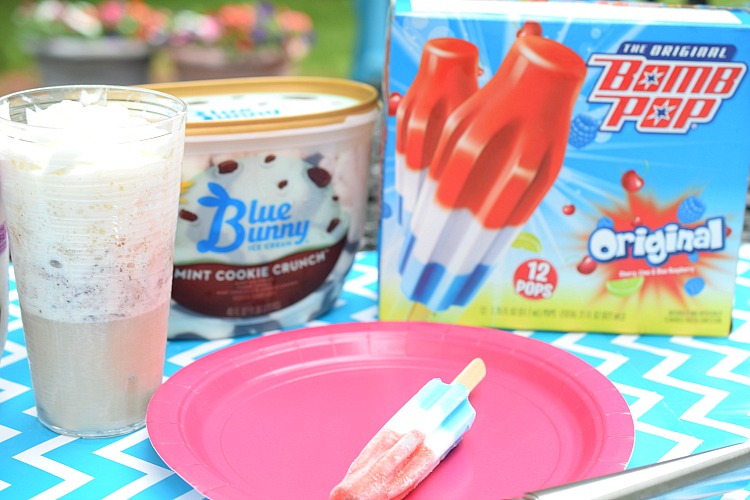 This summer The Original Bomb Pop® is pairing up with Snapchat to create a custom lens. Users hold up their camera phone while in the app and watch as their face transforms into a Bomb Pop and blasts off across the sky! On National Bomb Pop Day (June 29th) the lens will be available to Snapchat users nationwide. 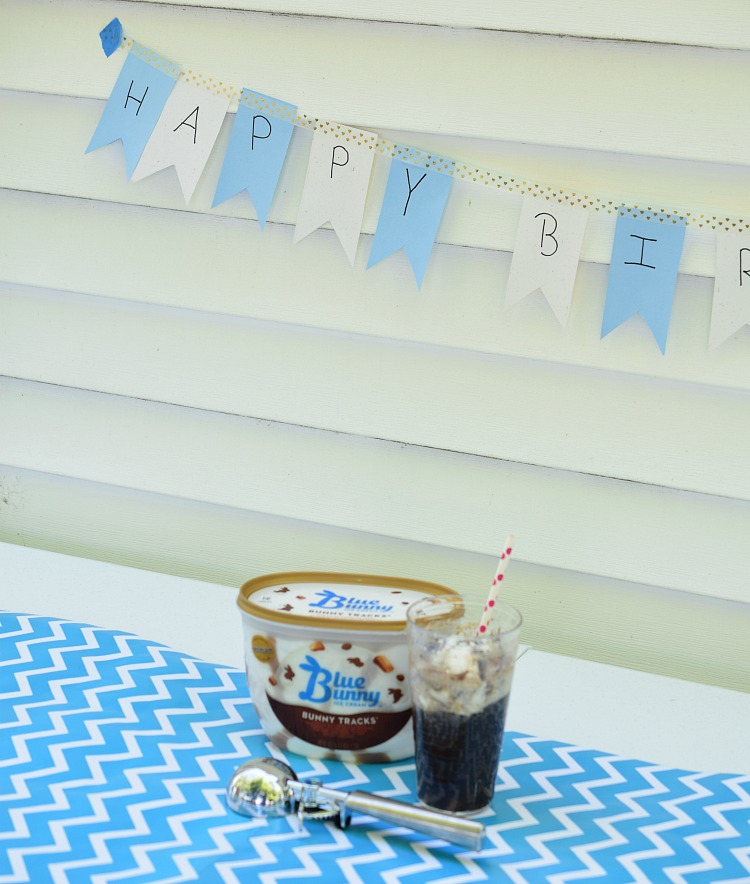 My girls will have to invite some of their friends over so they can have a fun summer Snapchat party with The Original Bomb Pop!® 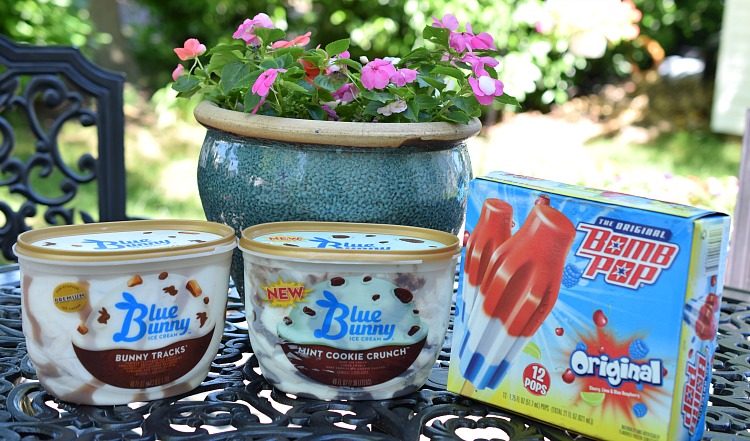