My daughters each have a tackle box to neatly organize their rainbow loom supplies.

The rainbow loom craze has hit my home! I love that my daughters are having so much fun crafting their rainbow loom bracelets, but I soon discovered that we seriously needed something to organize all of my children’s rainbow loom supplies!

We used to keep my kids’ rainbow loom rubber bands in one big plastic takeout container, but that system didn’t work too well. All of my kids’ different rubber band colors were all jumbled together in that container, so sorting out the colors that they needed was a long process for my kids! 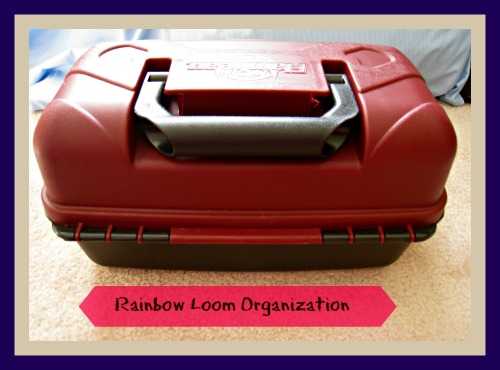 When my kids got home, they were over the moon happy with their new tackle boxes. When they finished their homework, they immediately got to rainbow looming and have been rainbow looming since quite often. They love how they now no longer have to search out the color rainbow bands they need — everything they could want is right at their fingertips. Now, they have so much more time to loom! As you can see, my kids have made me quite a number of bracelets — which I wear proudly! 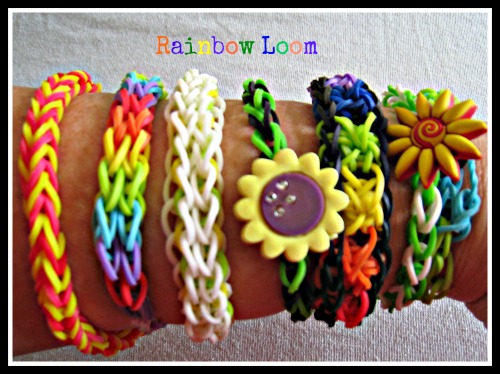 I love wearing the rainbow loom bracelets my kids have made for me!

Rainbow Loom On the Go

If your kids are into the rainbow loom, I strongly suggest that you get them their own tackle boxes to organize their rainbow loom supplies. My daughters love theirs — each of their boxes are decorated with stickers, giving each box its own unique look. When they get together with their friends, their boxes always go with them. The boxes make carrying their looms and all of their loom supplies so much easier! The rainbow tackle box is now a big trend in my area!

Want to keep up with Mom Home Guide’s latest posts? Subscribe to momhomeguide.com by Email